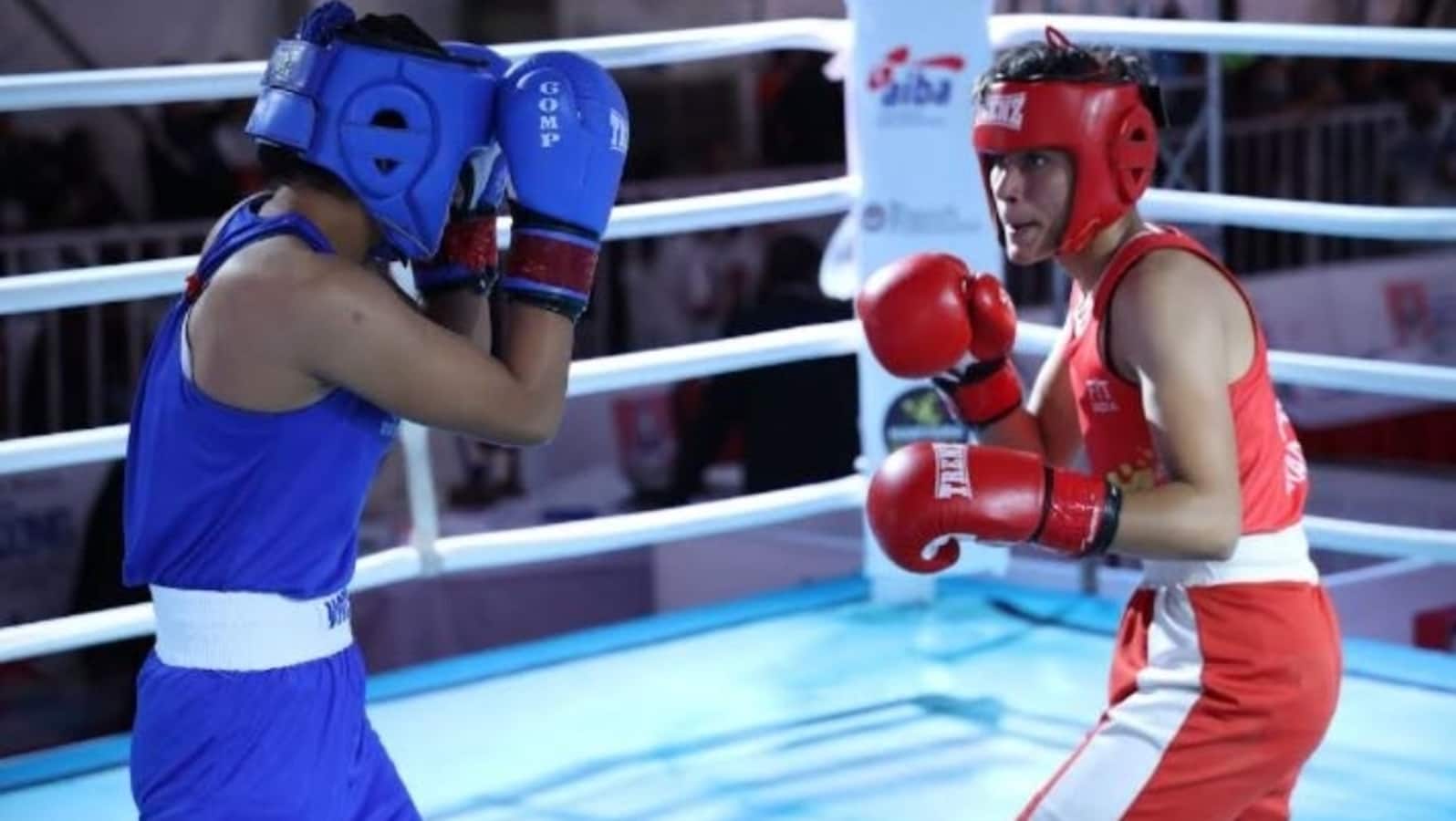 The 5th Elite Women’s National Boxing Championships got off to a blistering start on Thursday, with Delhi’s Hemlata outmaneuvering her opponent PS Mantasaha Kumari from Assam 4-0 in the 50kg category.

Nimble-footed Hemlata gave Mantasaha no chance whatsoever as she connected her jabs to precision and won the contest on a unanimous basis at St Joseph’s International School in Hisar, Haryana.

Another highlight of the Day 1 was the flawless performance from Maharashtra’s Aarya Kulkarni, who outclassed Yape Bamang of Arunachal Pradesh 5-0. It was a display of total domination from Kulkarni, evident from round one, and she did not let up till the final round to register an easy win.

The tournament is being hosted in association with the Haryana Boxing Sangh, and has been witnessing the participation of more than 320 pugilists from 36 States/Union Territories/Boards from across the country.

Dominating the 50kg category on Day One were Goa’s Priti Chawan, who beat Monika Pandey of West Bengal by referee stopping the contest (RSC) verdict, and Punjab’s Komal, who blanked Sonia Gauni of Uttarakhand 5-0.

It was in the 52kg category that witnessed an edge-of-the-seat contest between Madhya Pradesh’s Anjali Sharma and Tamil Nadu’s V Vinodhini. Both boxers stood toe-to-toe throughout the fight, with Anjali just edging out Vinodhini 3-2 in the final verdict.

After resumption of the domestic circuit post Covid-19 pandemic, this is the sixth national championship that the Boxing Federation of India (BFI) has been organising following the successful execution of the junior, youth, and men’s national events.

The gold and silver medallists of the ongoing championships will earn themselves a place in the national coaching camp. The remaining two names for the camp in each category will be selected on the basis of performances in the selection trials, which will take place right after the Nationals.

Get our Daily News Capsule

Thank you for subscribing to our Daily News Capsule
newsletter.

2021-10-21
Previous Post: ‘I did not want to connect with negativity’: Shriya Saran
Next Post: Swiggy introduces no-questions-asked, two-day paid monthly off for female delivery partners