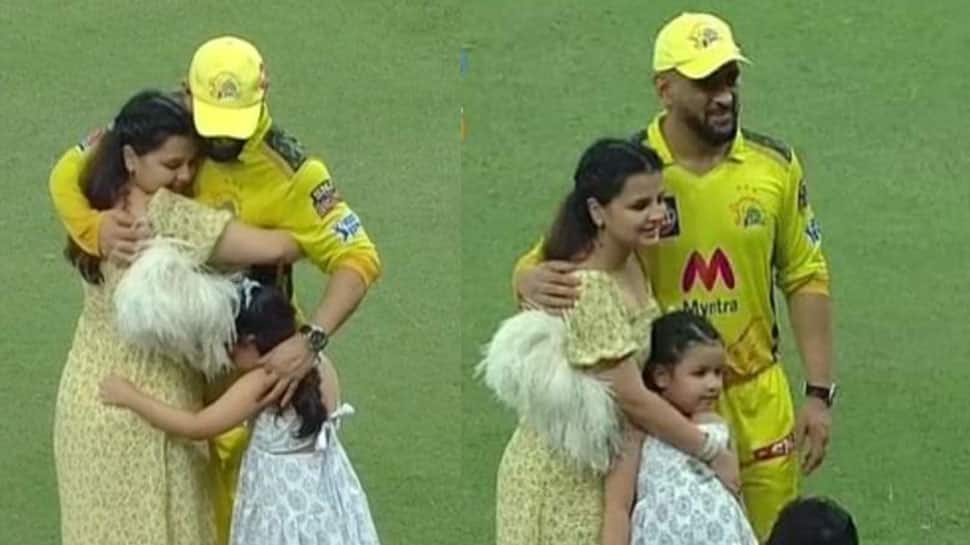 Take a look at the viral video of MS giving a bear hug to his wife Sakshi and daughter Ziva on the cricket ground which was massively shared online.

This is the 4th IPL win for the MS Dhoni-led team which makes them the second-most successful side in the history of the tournament. Mumbai Indians are on top as they have five IPL trophies in their kitty.

After winning IPL 2021, Dhoni said: “Before I start talking about CSK, it’s important I talk about KKR. For the position they were in after the first phase, it is very difficult to come back and do what they have done. If any team deserved to win the IPL this year, I feel it was KKR. I think the break helped them.”