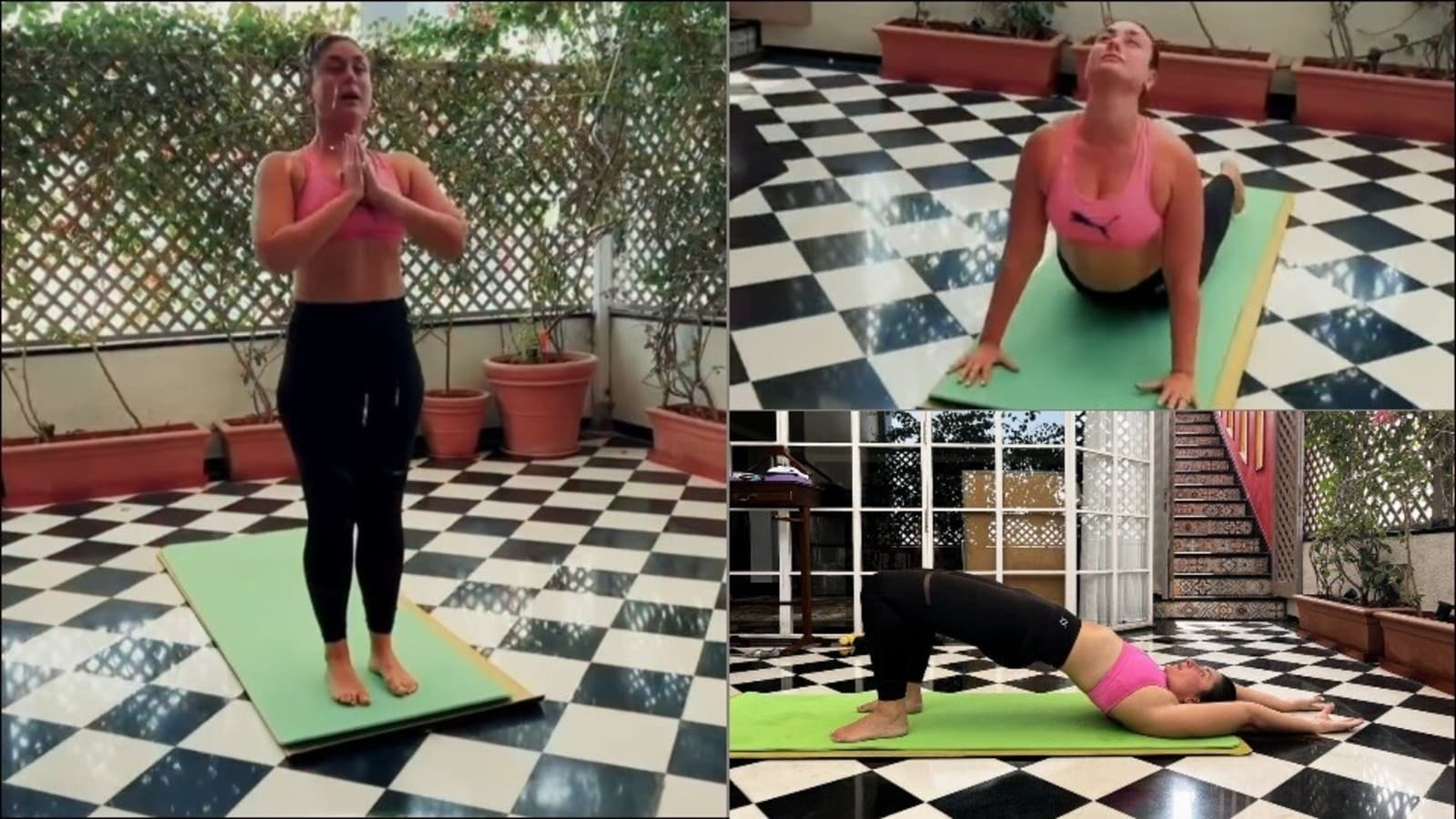 Making jaws drop in awe with her robust workout session, Kareena Kapoor Khan motivated us to roll out our Yoga mats already as she nailed 108 surya namaskars along with setu bandha sarvangasana or Yoga’s shoulder supported bridge pose. The Bollywood diva’s killer Yoga workout is all the fitness inspiration we need to add Yoga exercises to our evening workout routine.

Taking to her social media handle, Kareena shared a video and picture that gave a glimpse of her intense exercise session. Donning a pink sports bra teamed with a pair of black tights, Kareena pulled back her tresses into a high bun to ace the athleisure look.

The sun salutation is a Yoga exercise that gracefully links 12 asanas and is popularly called Surya Namaskar. Though the exercise is ideally done in sets, beginners are recommended to start with two to four rounds and gradually increase it to as many as they can comfortably do at anytime of the day.

The video was captioned, “108 surya namaskars done Grateful, thankful, and ready to eat my pumpkin pie tonight (sic)”. On the other hand, the picture was captioned, “Never felt better (sic).”

One round of Surya Namaskar, by practicing the 12 asanas, burns 13.90 calories approximately. This Yoga asana is known to strengthen one’s back as well as the muscles.

It revitalises your body and freshens up one’s mind if performed at sunrise. Performing it in the afternoon instantly energises the body while performing it at dusk helps one to unwind.

Performing Surya Namaskar also helps in getting a glowing skin as it improves blood circulation. Other benefits for the exercise include bringing down the body’s blood sugar levels, improving the metabolism and ensuring regular menstrual cycle for women.

Ancient yogis believe that this asana also activates the second brain which is called the Manipura Chakra or the Solar plexus and is located in the navel area. As a result, an individual’s creative and intuitive abilities are believed to increase.

As for Setubhandhasana, the bridge pose or setu bandha sarvangasana, it stretches the chest, neck and spine. It not only strengthens the back, buttock and hamstrings but also increases blood circulation, alleviates stress and calms the brain.