One year of farmers’ protest on November 26: Programs across nation, security tightened at Delhi borders 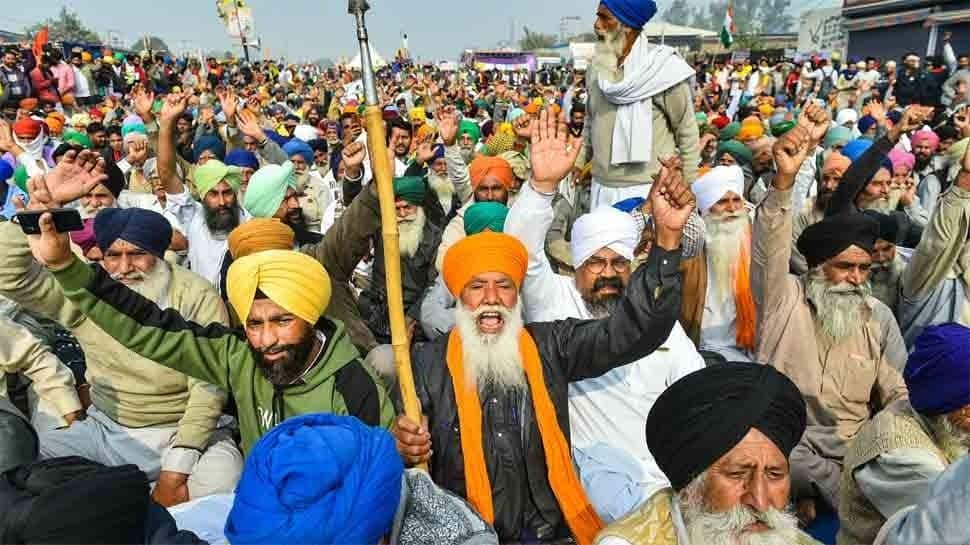 New Delhi: As farmers’ protest against Centre’s three farm laws clocks one year on Friday (November 26), the security has been tightened at various border points of Delhi borders.

The Delhi police on Thursday said that security has been beefed up with additional deployment of paramilitary forces, along with the police personnel, at the spots where protesting farmers are on a sit-in. The police also held a meeting with farmer leaders in this regard, PTI reported.

Special Commissioner of Police (Law and Order Division Zone – 1) Dependra Pathak said, “Adequate security deployment has been made and there will be close supervision by senior police officers on the ground. We are using professional policing to avoid any untoward incident.”

“We are also talking to the farmers and persuading them to cooperate with us,” he added. The farmers have been camping at three border points of Delhi — Singhu, Tikri and Ghazipur — for the last one year.

Farmers have organized a slew of programs across the country to mark one year of agitation. Several protests, morchas will be held in Delhi. According to Samyukt Kisan Morcha (SKM), an umbrella body of over 40 farm unions, “Thousands of farmers have started arriving at various protest sites in Delhi. In states which are far away from Delhi, preparations are underway to mark the event with rallies, dharnas and other programmes.”

In Karnataka, farmers plan to block major highways. In Tamil Nadu, Bihar and Madhya Pradesh, farmers will jointly organise protests with trade unions at all the district headquarters.

Framers will take out tractor rallies in Raipur and Ranchi. In West Bengal, rallies have been planned in Kolkata as well as other districts.

In a surprise move, PM Modi had announced on November 19 that the three bills will be withdrawn in the upcoming winter session of the Parliament. On Wednesday (November 24), the Union Cabinet cleared ‘The Farm Laws Repeal Bill, 2021’ for repealing the three controversial farm laws passed by the Parliament last year.

Rakesh Tikait alleges Centre does not want to talk about MSP

He added that the Centre has not responded to the letter yet.”The government of India did not have any conversation with us after January 22 when the last meeting was held. Now they have decided to repeal the laws. But our issues remain which include the MSP, compensation for the death of 700 farmers and Shahid Smarak of the dead farmers. The government should make a committee to address other issues like the electricity amendment bill, pesticide bill and others,” Tikait was quoted as saying by ANI.