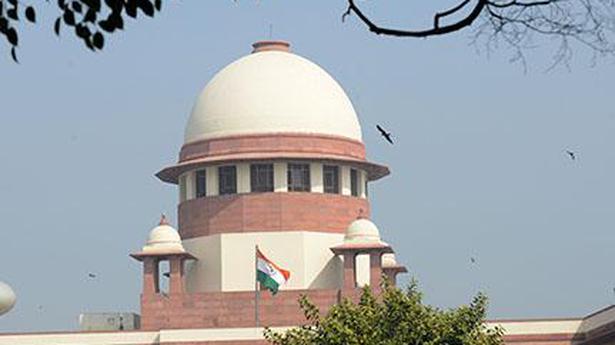 Nearly 18 months after the pandemic forced it to go virtual, the Supreme Court opened its courtrooms for its first day of full-fledged physical hearings on Thursday.

The court’s long corridors once again saw some brisk activity. Additional waiting rooms had lawyers sitting patiently for their cases to be called from inside the courtrooms.

Entry for media persons into the courtrooms faced initial hiccups from the security personnel manning the courtroom doors. However the court, it is learnt, is working to make coverage of proceedings seamless in future.

The judges sat behind glass partitions. The court staff worked behind a second glass divide which separated them from the lawyers arguing the case. Junior lawyers were seen passing case documents to the court staff through partially opened glass doors on the sides.

The atmosphere inside the courtrooms was subdued, compared to the pre-COVID jostle and bustle. However, lawyers and judges were heard expressing relief at the return to normalcy. Justices S.K. Kaul and D.Y. Chandrachud said they were happy to have lawyers once again argue in person.

The past months had seen judges and lawyers glued to their screens during hearings, battling connectivity issues and trying hard to see and hear each other properly. There was a rising clamour within the Bar to return to the physical mode of functioning at the apex court. As a result, the court had taken the first step by modifying its standard operating procedure on October 7 to have mandatory physical hearings on Wednesdays and Thursdays.

However, the SOP did meet with reservations from some lawyers, including senior advocate Kapil Sibal, who had urged Chief Justice of India N.V. Ramana to not make physical hearings a “hard-and-fast rule” on the two days. Mr. Sibal said the court should continue with a hybrid system of functioning.

SOP to be tweaked

Sources said the CJI has asked the Supreme Court Registry to tweak the SOP so that the Bench could consider and approve a lawyer’s genuine request for a virtual hearing of a case on Wednesdays and Thursdays under “exceptional circumstances”.

Even now, the SOP gives a Bench the discretion to opt for virtual hearing if a case involves a large number of lawyers and would result in overcrowding of the courtroom. Sources said that CJI has asked the Registry to tweak the SOP so that lawyers could seek a virtual hearing for other reasons too, provided their cause was substantial.